What is Full form of APBS?

APBS full form is Aadhaar Payment Bridge System. It is used to give DBT (Direct Benifit Transfer) to the people. So we can say that there is a clearance of mediaters in giving the benifits of govt. disbursement.

Before Apbs there is a difficult process to give subsidies and other govt. disbursements so to avoid this mediateries govt. take an initiative to give all the benifits to the public directly to their accounts. So that APBS comes into existance.

It is a bridge in between bank and other beneficiary party through Aadhaar Number and the payments make very easy and fast to through this system.

Before Applying this APB System govt. takes an initiative to link aadhar to bank account and other beneficiary agencies. 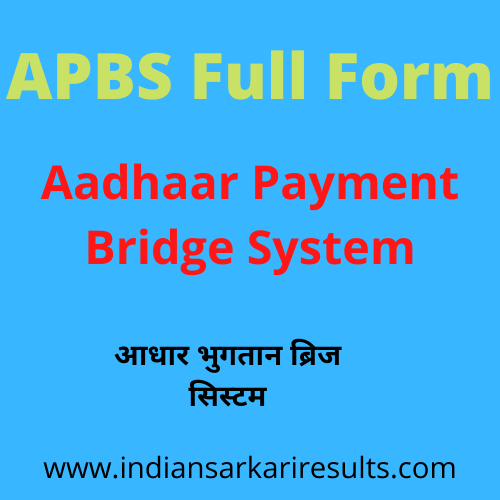