PUBG ka full form is PlayerUnknown’s Battleground. PUBG is a online multiplayer battle royale most populer game which is most playing game in world.The game is developed by PUBG Corporation which is subsidery of online game company Bluehole.

In PUBG Game there is single, double and Four player team and all the team members are connected to each other in the map of PUBG game so the the team is in a plane and after that they select a loctaion to go down to battle in the field so there are so many persons in the ground if I tell about the total players in the game are eigther 100 or 50.

After Ban on PUBG in India the South Korean company Krafton has released a new version of PUBG Mobile India or Battlegrounds Mobile India. This the new version for special targeted country India so that there is a mapping same as the country India and so that Indians are feeling the attachment like it is their own game.

Till the date 16th August 2021 there is 50M times already downloaded by Indian people. So by the data of download we can see that what is the popularity of this game.

Full Form of PUBG is also PlayersUnknown’s Batttleground and There is Paracutting form a plane in the game and players are on the ground without any weapon and after landing to the ground they are going to collect the weapons and then after they perform the task to kill the enemy.

There are different guns and their recovery of energy sources are avialble in the ground so the thing they collect are guns, First Aid Kit, Energy Drink, Bandages, Pill, rifles, headshot guns and their gun shots etc. After using the first aid and other energy things a player recover his energy level and then move forword if the energy level low then the player dyies himself.

There is a zone which recuces its area after some time and go towards the target and if any player is out of zone his energy level goes down and if he is not able to come inside the zone  he is not alive.

There are different cars and bikes are avilable in the game to move one location to another so players are using them. There are some pro players in the game. PUBG Game manufacturer company is earning much amount of money by giving some things which are paid for players like suits, heads, coustumes etc. and by selling this type of things company makes a huge revenue through it. 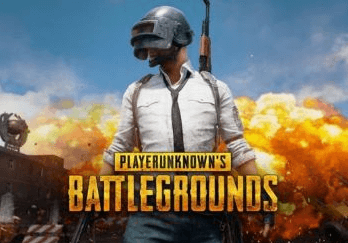 There are different countries are banned the game such as India, Pakistan, Iraq, Nepal, Jordan, Indonesia etc. Its basic reason to ban is due to its addictive nature for children and it will affect the study of student so that it become very distractive at the time of exams so that It is banned in different countries.

OP full form in PUBG is Overpowered. Basically the is very good to get power from different sources like guns and different kits so the term is used by team players. OP is also used in chats which is also means OverPowered.

GG Full form in PUBG। What is GG means in PUBG?

GG full form in PUBG is Good Game. The term is used by the players after getting a huge interest in the game.

MVP full form in PUBG is “The Most Valuable Player”. The term is mostly used in the game so the its full form is important.

What is PUBG ka Full form?

Who is the owner of PUBG?

PUBG Owner is PUBG Corporation but PUBG India is published by Krafton in India.

Is PUBG banned in India?

Yes, PUBG was banned in India due to some Indochina relation are not so good and Indian government has decided to ban some Chinese apps so that PUBG is also banned.
But now South Korean company Krafton has published a new version for India is Battlegrounds Mobile India or PUBg Mobile India.

What is the full form of MVP in PUBG

MVP Full form in PUBG is The Most Valuable Player.

Is PUBG banned in any country?

NO, PUBG is not Indian. It is a South Korean Company.